If you're not already familiar with the work of master sculptor Takayuki Takeya, or a model kit producing company named, 'Fewture Models', then I'm sorry; this isn't the time or place for me to delve too deeply into the history of either one.

A long time has it been that I've had this piece in a box waiting to be painted. I did a bit of prep work on it last summer, but since then it's been hiding out in a dark corner. It's titled, 'Hakaider: Mechanical Violator', and was produced on the very cusp of 1999 or early 2000, I believe, by a legendary company named Fewture Models. Hakaider is a study of a Japanese science fiction film of the same name. The film was directed by Keita Amemiya. Sculptor Takayuki Takeya actually worked on the film, and this is his version of the character.

If you've not seen the film, there are slight differences from Takeya san's sculpture and the film version character. The piece illustrates a scene from the end of the movie in which Hakaider and Michael (Mechanical Justice) battle it out; and as you can see...Hakaider busted his balls.

If it's evident from the photos I took of the figure proper, you might be able to see the subtle movement of Hakaider walking off the square base. The figure is full of tension and attitude. It's always been one of my favorite works by Takayuki Takeya. I'm painting this for a friend, so it will be tough seeing it go, but we'll see...it's been quite a while ago that it was sent to me, so I'm hoping it's been forgotten ;) 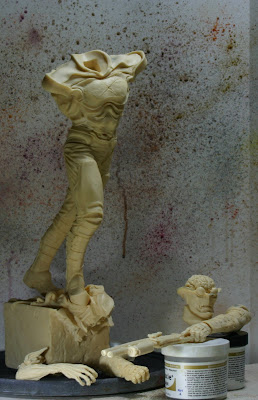 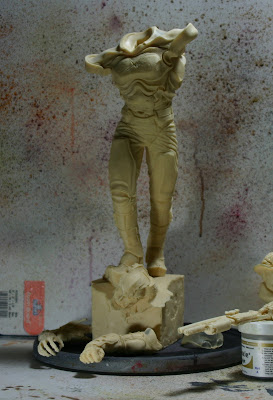 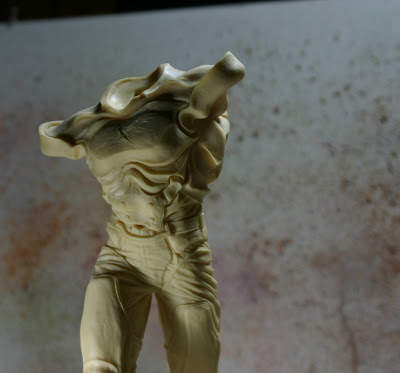 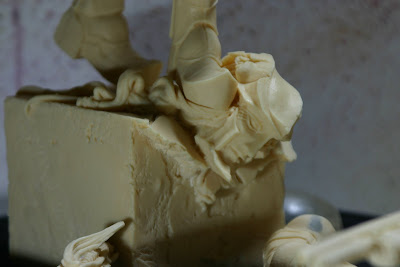 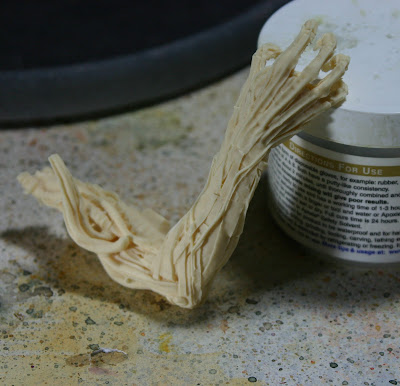 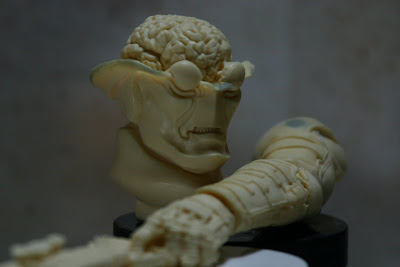